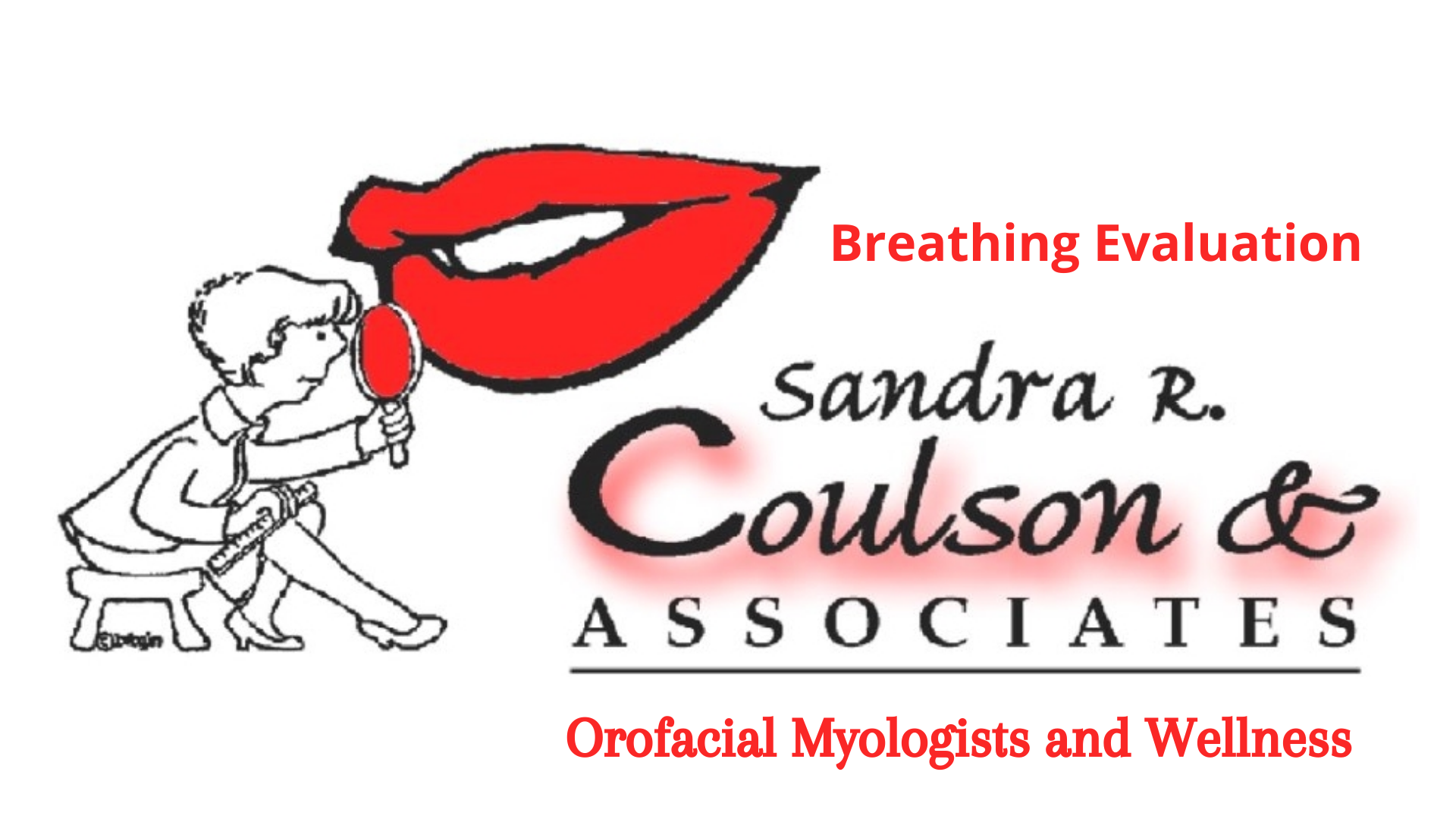 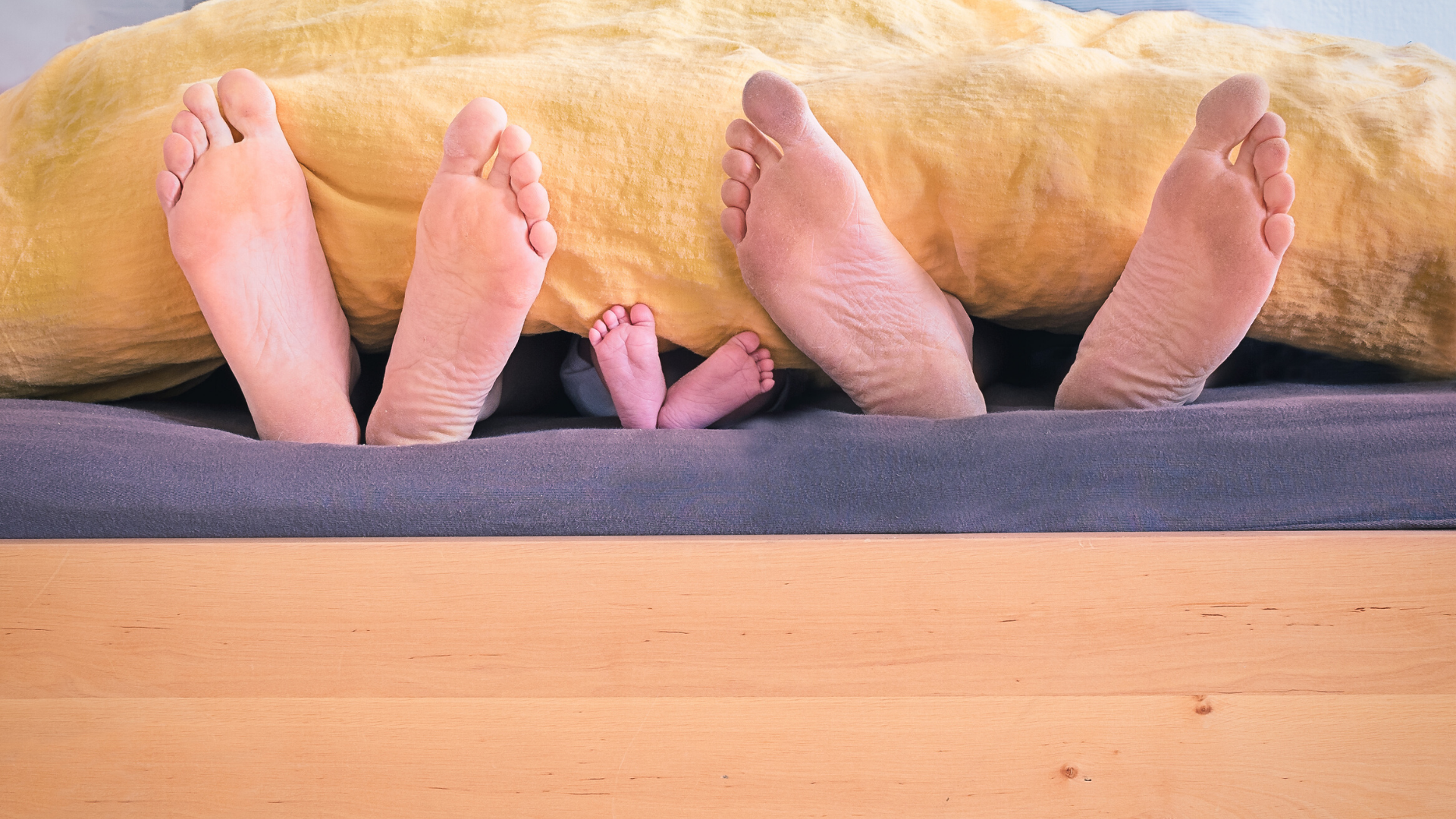 BREATHING HABITS... Are yours good? OR, are they compromising your health and performance?

Statistics suggest that tens of millions of people worldwide suffer with the profound and misunderstood symptoms and deficits of learned dysfunctional breathing habits, in fact, between 10% and 25% of the U.S. population! Unfortunately, these habits are rarely identified by practitioners, their effects mistakenly attributed to other causes, and their resolutions prescriptive in nature where focus is on symptoms rather than on causes.

Everyone has breathing habits. When these habits are dysfunctional they can severely compromise health and performance. Most people, however, are rarely aware of the presence of these habits, their potentially serious effects (symptoms and deficits), and their interaction with other related and/or unrelated healthcare issues.

These far-reaching physiological changes may directly trigger, exacerbate, perpetuate, and/or cause a wide variety of emotional (anxiety, anger), cognitive (attention, learning), behavioral (public speaking, test taking), and physical (pain, asthma) symptoms and deficits that may seriously affect you. These symptoms and deficits can be powerful, insidious, and debilitating, especially when you don’t know where they are coming from. This fact is nicely illustrated by surveys indicating that up to 60% of ambulance runs in major US cities are a result of acute symptoms triggered by dysfunctional breathing habits.

One important example of a dysfunctional habit is overbreathing, that is, breathing that leads to a carbon dioxide deficiency (hypocapnia) in extracellular body fluids, such as blood plasma. We need carbon dioxide (CO2) in our bodies to be healthy, not too much and not too little. When we have too little, we disturb the pH of blood plasma and it becomes too alkaline, that is, we suffer with respiratory alkalosis or hypocapnia. The consequence is symptoms and deficits, some short term and others long term, many that are subtle and others that are profound and unsettling.

The mechanics of breathing (muscles, like the diaphragm) normally operate in concert with breathing chemistry requirements (e.g., blood plasma pH, CO2, oxygen). This happens automatically in accordance with respiratory reflex mechanisms, but dysfunctional habits can easily get in the way, especially when you try to regulate the breathing yourself rather than simply allowing it.

What can you do if you have a dysfunctional habit?

We offer in-person and web appointments to discuss your Breathing Evaluation results!

No matter where you are in the world, we can be there too!

We're offer web appointments too! No matter where you are in the world, we can be there too! 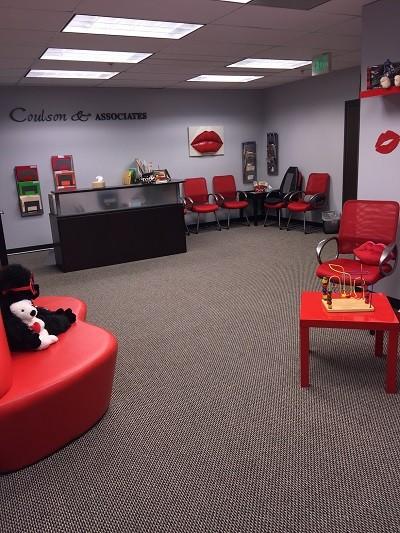 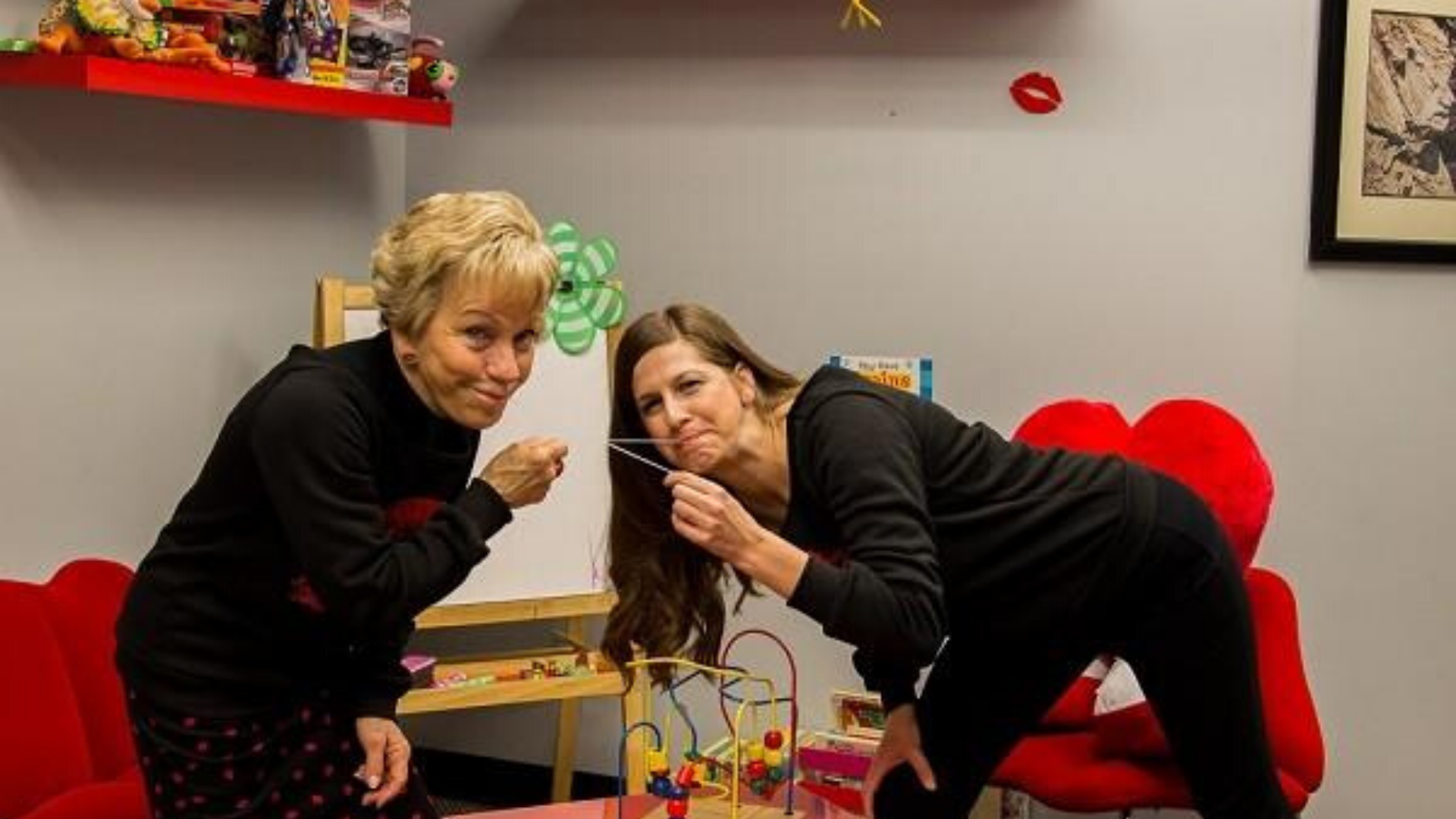 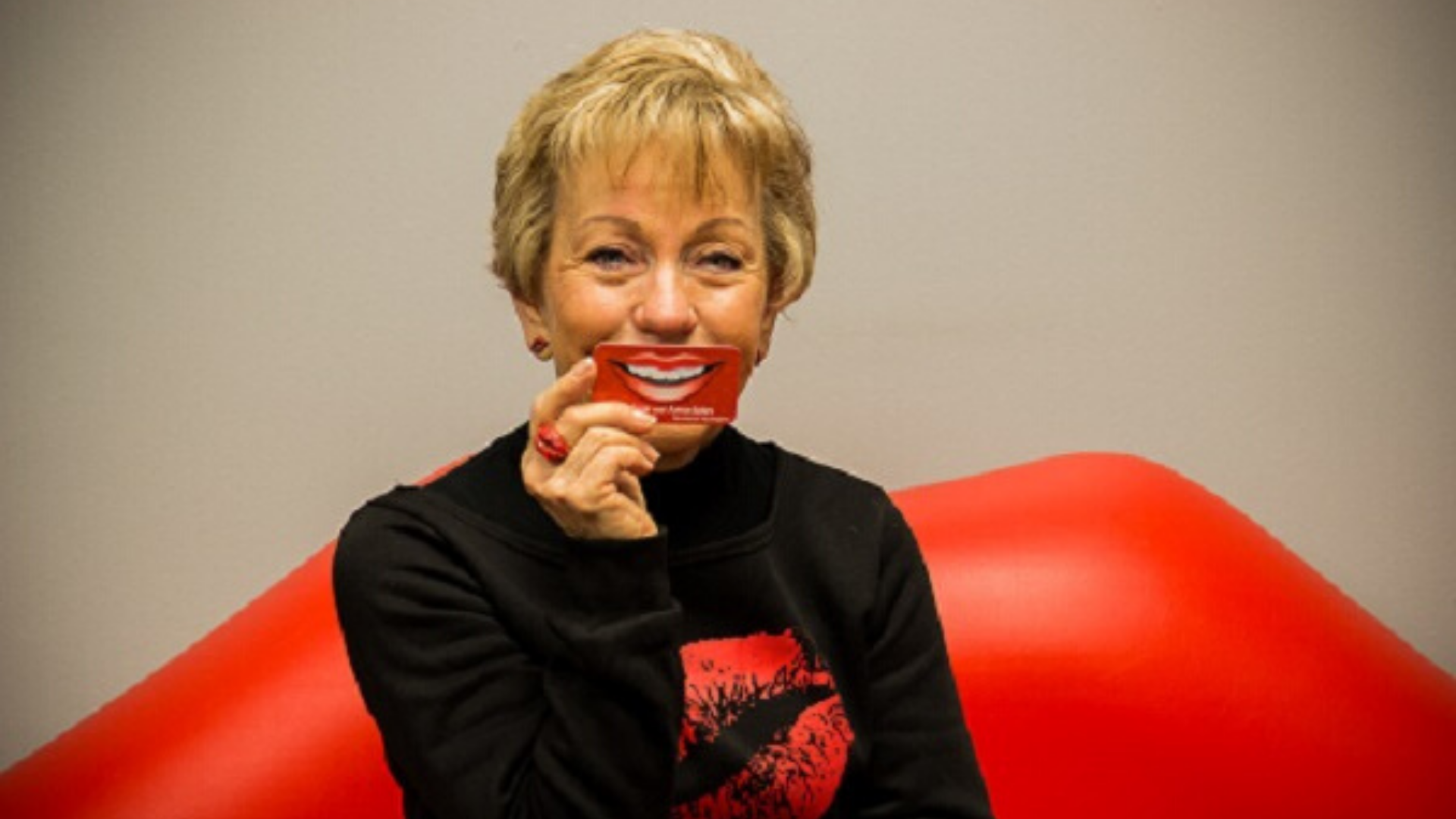 ...We took Melody to see a practitioner, Sandra Coulson, who does orofacial myology. This changed her life (and ours as well). Within one week, we were seeing Melody working less to breathe while sleeping. After a couple of weeks we could observe no apnea while she was sleeping. We have a very high quality pulse ox, and the numbers for her oxygen levels astounded us. She used to be in the 70’s while sleeping without oxygen. Within one week of seeing Sandra her oxygen levels while sleeping were about 89.

Those numbers have steadily increased since then. Now she is typically about 94-95 without oxygen while sleeping, and that number seems to keep rising. Frequently, by morning her oxygen levels are about 96-98. Melody sleeps in a crib in our room and I find it immensely comforting to hear the quiet sound of her rhythmic, non-stressed breathing. In addition to the orofacial myology helping her breathing, Melody has changed in other positive ways as well. For the most part, she no longer snores. It used to be that her snoring was so loud you could hear her from a pretty good distance away. Melody used to be perpetually congested, even when she wasn’t sick. That is no longer the case! Melody used to have her little signature snort while awake. That is resolved. When she is teething she might drool a little more than your average teething baby, but substantially less than she did previously. All of her mouth muscles are so much stronger that she can now drink from a cup!

I am happy to share Melody’s story with anyone who could use it to further disseminate knowledge about what Coulson and Associates do. If we can be a part of helping even one family get the help they need for their baby, we would be honored.

"I just had to write to share my deep appreciation for Sandy and her team! I have a 2.5 year old daughter with bad hair pulling habit that developed when she was 6 months old (in conjunction with her thumb sucking). After countless efforts to nip the habits ourselves (hair cuts, lovies, blankets, new beds, redirection), we were hopeless. Our pediatrician referred us to Sandy and we immediately felt relief. Sandy and her team were warm and knowledgeable; they reassured us that they could help us break our daughter's hair pulling and thumb habit in a warm and inviting environment with fun, engaging therapy exercises. Our daughter was immediately drawn to Sandy's warm smile, and in just three sessions, we are already seeing no sucking and hair regrowth! We will continue with Sandy and cannot thank her team enough for providing us some guidance and support. I would highly recommend Sandy's therapy to any parent or child with a thumb sucking or hair pulling habit. You are not alone, and Sandy and her team are here to help!"

"Words alone will not express the gratitude I have for the work Sandy did with me.

My breathing, snoring, and sleep problems were solved in such a short time.

It is obvious that she is a highly trained teacher as well. The exercises were fun, simple and I was amazed at how well they worked.

Better yet, my tests continue to show that the results were locked in. What a deal! It was a delight working with her, it only took a short time, with lasting results. I couldn’t ask for more."